This program is in collaboration with Roffa Mon Amour and was created for the 10th edition of the filmfestival. It will now has an encore edition specially for Boring festival!

Logline: La Persistente is Ivan’s beloved motorcycle that he devotes his life to. But when his treasure is lost to a rival gang that steals the motorcycle away from him, Ivan develops a new goal – to take La Persistente back.

A beautiful Cannes short about the love between a man and his motorcycle (and a bit more than that), La Persistente speaks of revenge and love with its beautiful shots as Ivan, the main character, goes on his journey to reclaim what belongs to him up high in the French Pyrenees. Should you wish to join him on that journey, the majestic scenery and La Persistente, Ivan’s motorcycle that is almost alive, will not fail to engage you in the dance of man and metal.

Kessler aka Eddy Kennedy is proving himself as a staple of modern electronic music. Tipped as one of the most exciting producers and selectors, collecting records & studying production from an early age enabled him to showcase his deep passion for music. Despite worldwide setbacks, 2021 still saw great achievements for the breakbeat aficionado, earning a nomination for Breakthrough Producer in DJ Mag’s Best of British Awards and a landmark Boiler Room performance on home soil at AVA Festival. 2022 continues the momentum with an illustrious touring schedule, including appearances at coveted festivals like Dekmantel, Warehouse Project & Waterworks, exploring the possibilities of live performance and a strong string of releases yet to come, exploring various sonics to cast from his creative bow.

Whenever Kessler is not in his studio or DJing he takes his motor for a ride himself. So is there a more perfect musician to perform the score for this intense movie that takes you for a thrilling trip in the Pyrenees?

Logline: When two Christian girls at a summer camp are introduced to a strange newcomer, one odd occurrence after another makes them believe she is certainly possessed by satanic powers.

A Christian camp is the one place in the world you would not expect to house a possessed girl. But when two young campers find an odd newcomer that no one wants to be around, strange things start happening all around them. The encounter proves fatal when the need for acceptance is intertwined with strong faith… and perhaps an otherworldly touch? This film boasts beautiful locations combined with a sense of creeping dread, with the black humor adding on to the moody atmosphere of what it can really be like to be a child.

Caline with C is a project created to challenge self-expression. Whenever things start to feel more comfortable – she has to search for other ways how to extend her musical potential. That lead her from Dj’ing to producing, composing, and writing algorithms for sound synthesis. Caline with C graduated from master’s programme in Sonology at the Royal Conservatory in the Hague and later on started working as an audio engineer for live events as well as an independent mastering engineer. In her practice, creative and technical complement one another and offer infinite possibilities through music and sound.

Caline with C was stunned by the aesthetics of Children of Satan and is excited to create a new score. Her soundtrack will prove to be an excellent backdrop with many ways of scoring the same production – much like Children of Satan offers so many different perspectives about the religious youth. 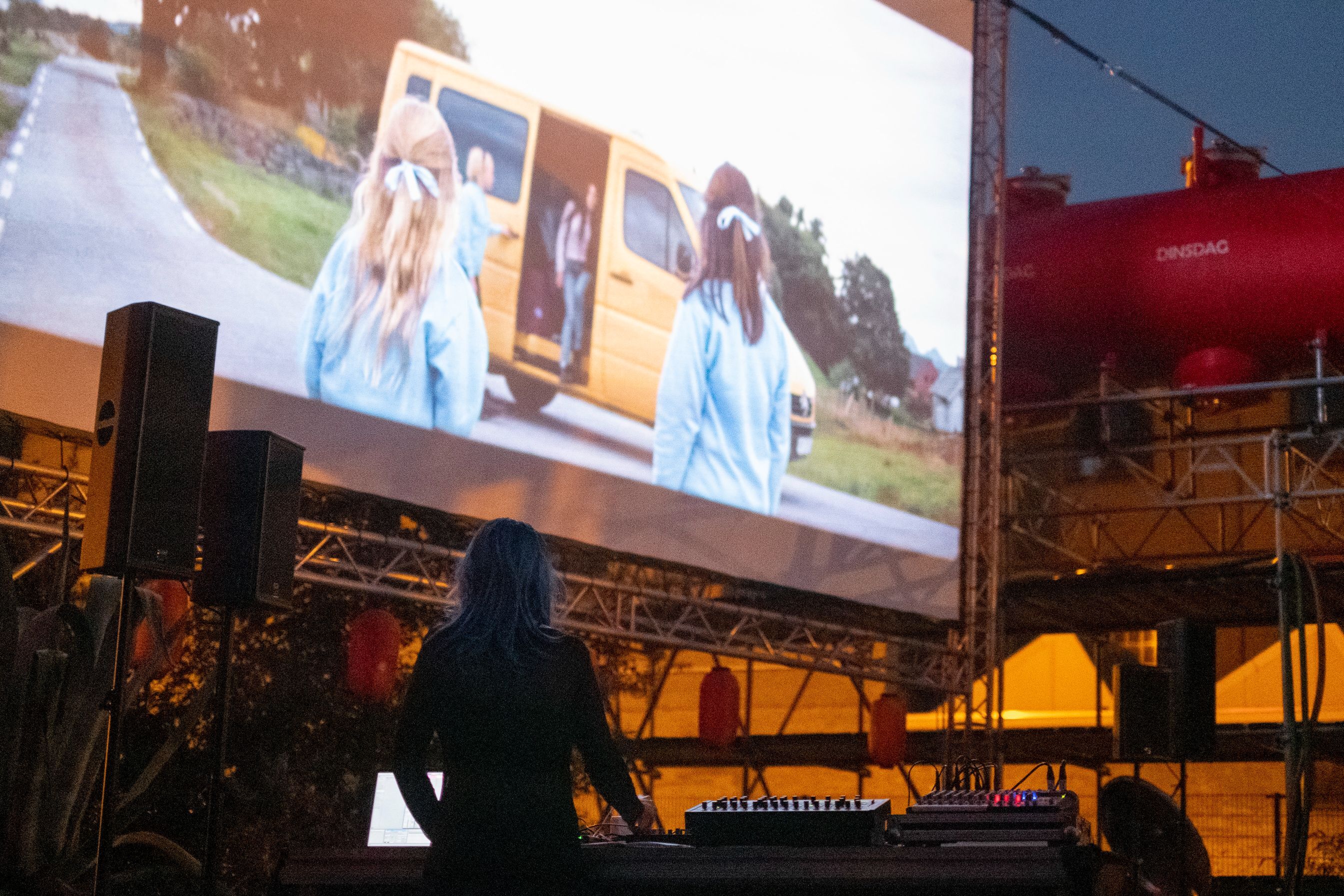